While we celebrate Pride Month in June, people in the LGBTQ+ community need support 365 days a year. From the rights of Trans people being threatened and murdered daily, to adoption laws being passed to exclude loving LGBTQ+ parents from having a child, there are myriad abhorrent ways in which the LGBTQ+ community is still striving for equality over 50 years after the Stonewall Riots that started the Gay Liberation.

While Pride Month may be coming to an end, celebrities like Taylor Swift, Dwyane Wade, Jennifer Lopez, Lizzo and more have shown their alliship to the LGBTQ+ community year-round. Take a look at 23 celebrities who are true allies of the community and hopefully you’ll become inspired by the steps they’ve taken to help ensure equality for all. For more information, you can check out The Trevor Project, GLAAD, and Marsha P. Johnson Institute.

iHeartMedia and Procter & Gamble have teamed up to invite the LGBTQ+ community, as well as friends, families and allies, to join "Can't Cancel Pride: Helping LGBTQ+ People In Need." Find out how to watch here! 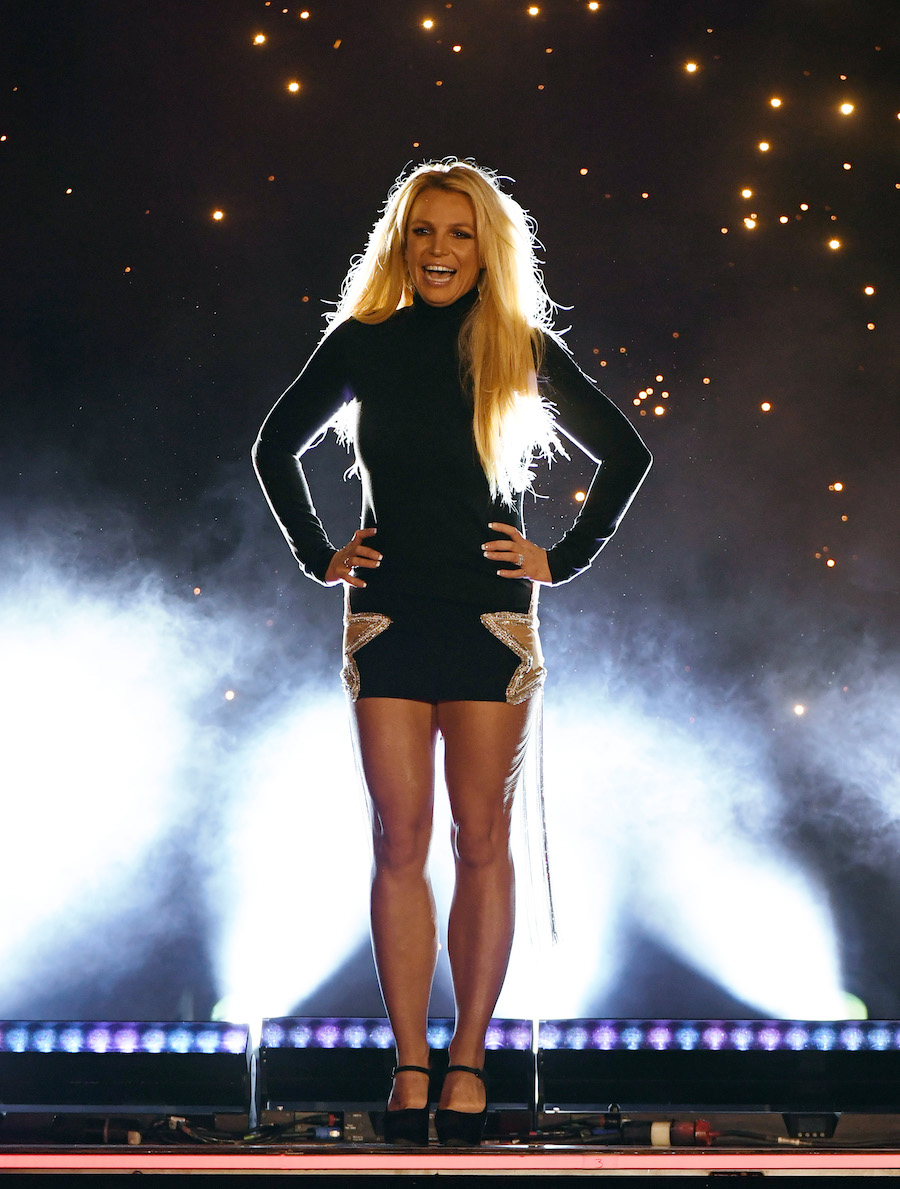 In a very important video message to her fans on social media the pop singer thanks the community for all of the love; “You guys bring so much heart, passion, and articulate everything you do. Because of you I've had the best nights of my life. I love you so much it hurts.” 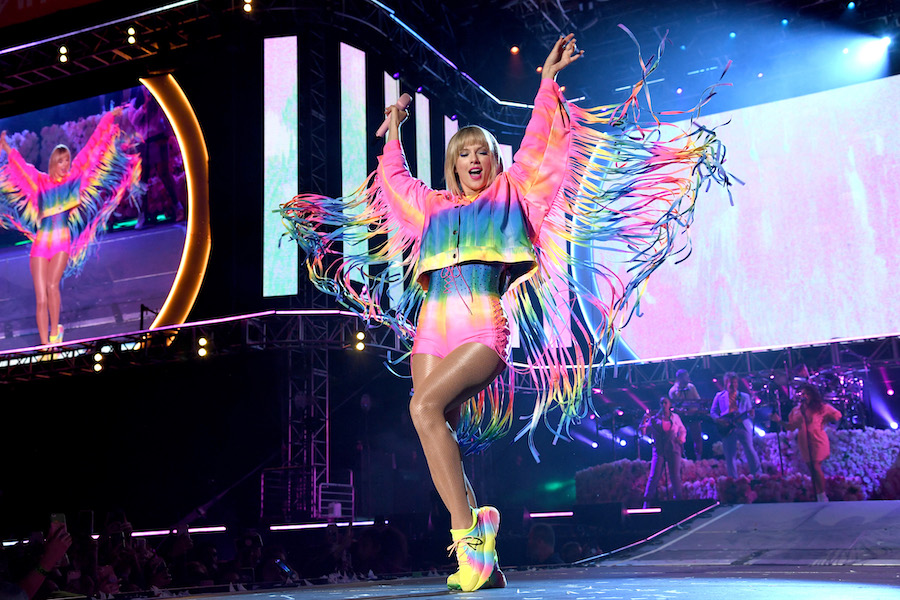 Taylor made waves last year when she released the video for her Pride anthem, "You Need To Calm Down" starring a score of LGBTQ+ stars and allies. The singer refused to perform at the 2019 MTV Video Music Awards unless the drag queens featured in her music video would be receiving awards as well. In June 2019, Taylor kicked off Pride month with an important message to her fans and followers on social media: "In excellent recent news, the House has passed the Equality Act, which would protect LGBTQ people from discrimination in their places of work, homes, schools, and other public accommodations. The next step is that the bill will go before the Senate. I’ve decided to kick off Pride Month by writing a letter to one of my senators to explain how strongly I feel that the Equality Act should be passed," she wrote. 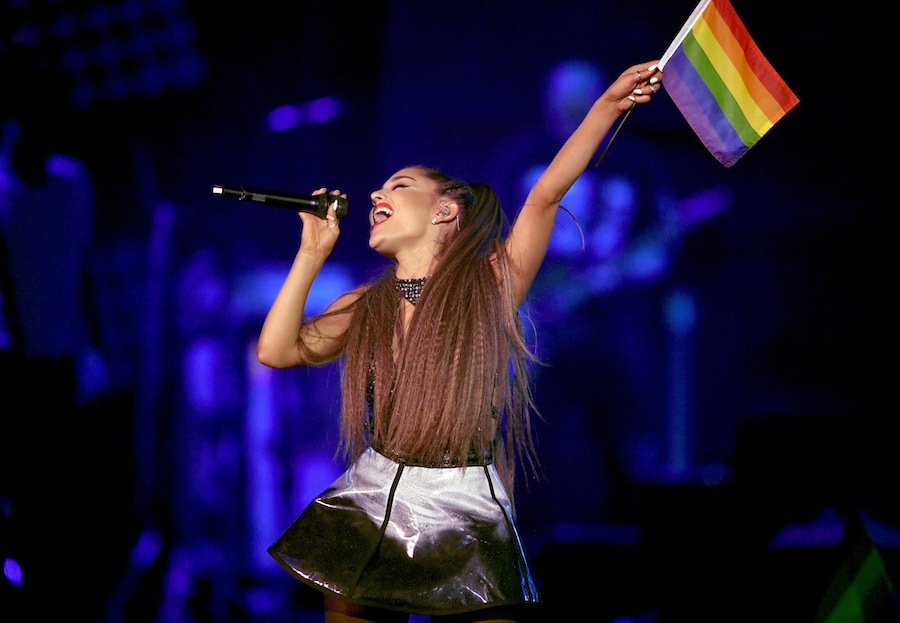 “I am eternally indebted to and inspired by the LGBTQ community,” she wrote in a letter for Billboard Pride in 2018. “I hope to create anthems for you that wrap you up with comfort and make you get your best life for as long as I live. Thank you for celebrating me the way I celebrate you.” 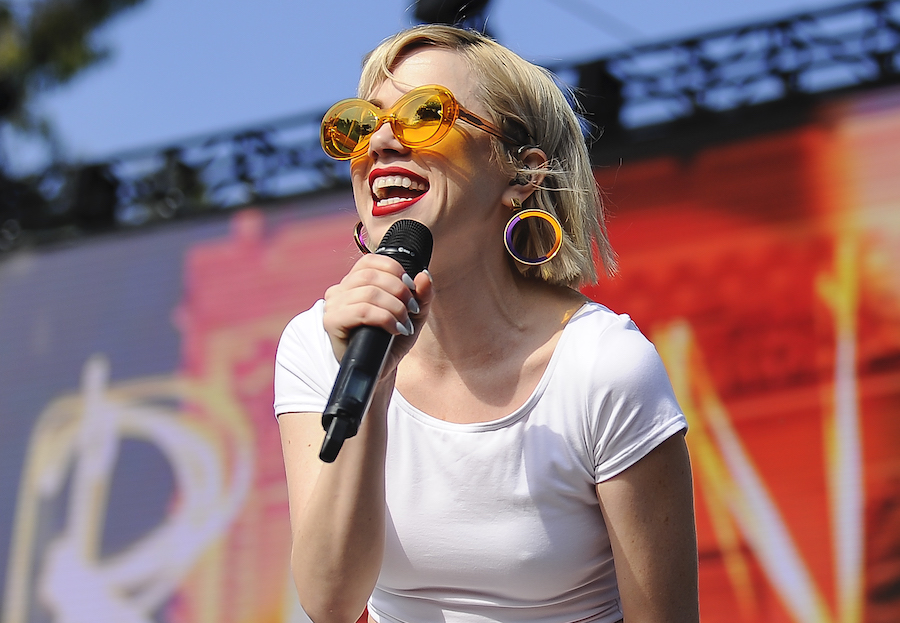 “I would say one of the gifts of this whole experience, from “E•MO•TION” on, has been a swell of being accepted and embraced by a community that I have loved since I began, basically. And I don’t think I’ve ever had more fun than when I play a Pride festival; there’s nothing more joyful, and the rooms and the fields are so full of an energy that you don’t get anywhere else, and what a cool thing to be involved in,” she said during an interview with PrideSource. 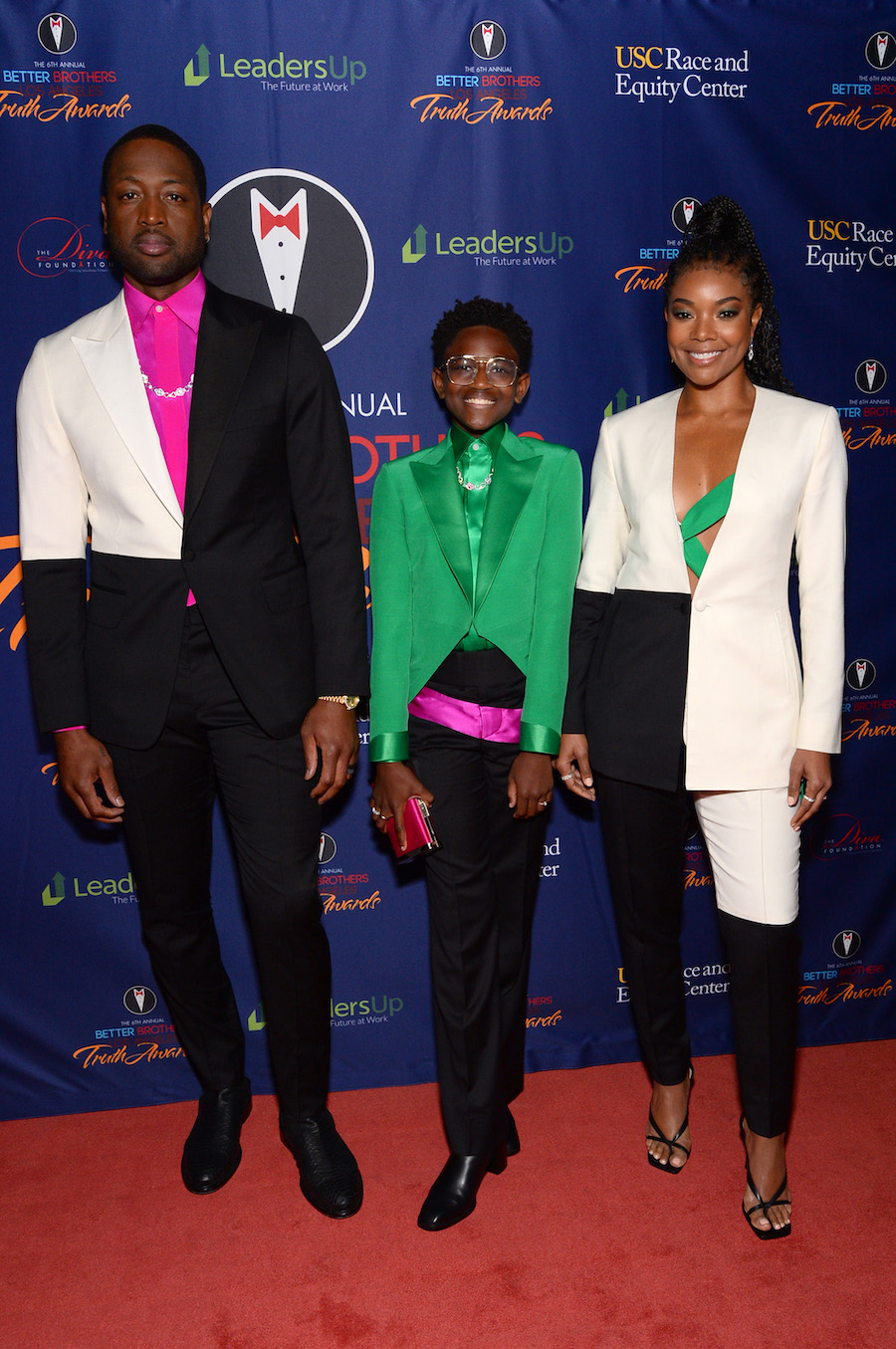 "My daughter was my first interaction when it comes to having to deal with this conversation," the retired NBA player explained of his experience with his transgender daughter, Zaya on Good Morning America. "Hopefully I'm dealing with it the right way. Inside our home we see the smile on my daughter's face, we see the confidence that she's able to walk around and be herself and that's when you know you're doing right." 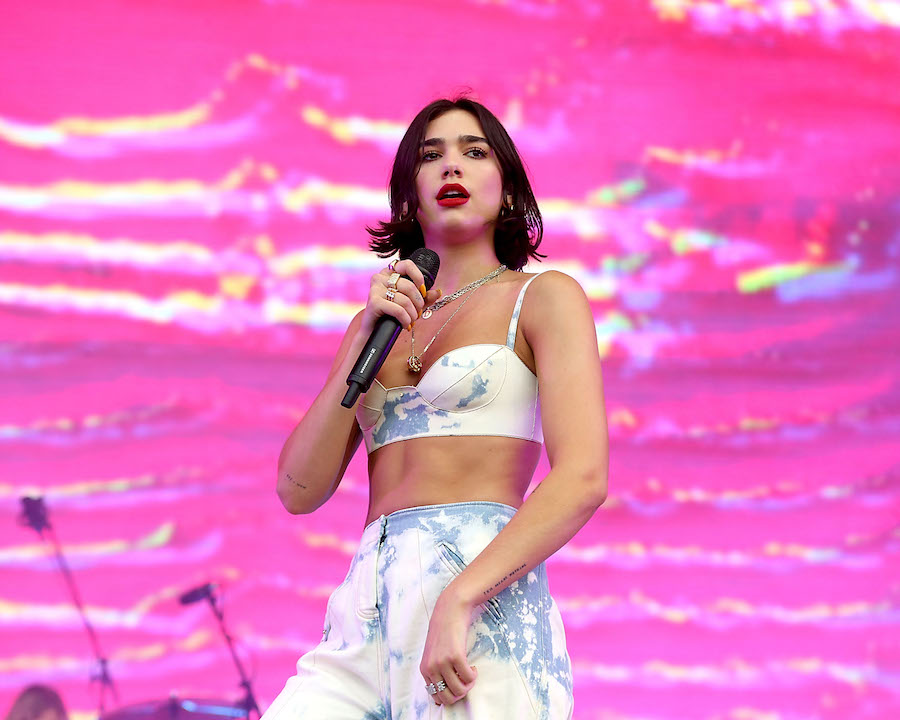 “I will stand by you all for your love and beliefs and I am proud and grateful that you felt safe enough to show your pride at my show. What you did takes a lot of bravery. I always want my music to bring strength, hope and unity. I was horrified by what happened and I send love to all my fans involved,” the “Levitate” singer tweeted in support of fans who were ejected from her Shanghai concert for holding up banners in support of LGBTQ+ rights. 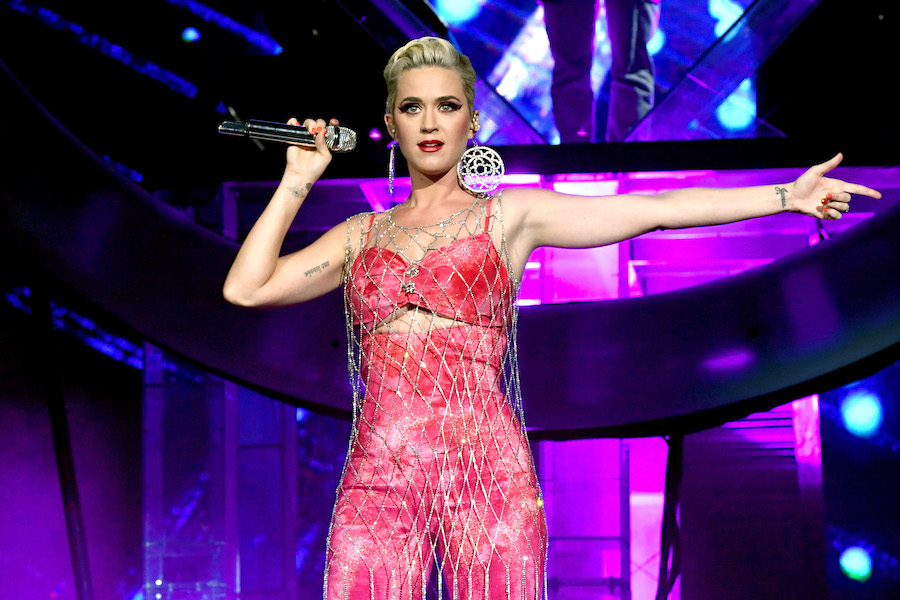 After accepting the Human Rights Campaign’s National Equality Award in 2017, the “Daisy” singer expressed her adoration for the HRC. “The HRC is so important and I am so grateful for them being on the frontlines every day, from civil union legislation, to repealing Don't Ask Don't Tell, to getting rid of DOMA [Defense of Marriage Act] at the Supreme Court, which paved the way for marriage equality across the country, and continuing to fight for trans equality. … I'll never cease to be a champion, an ally, a spotlight and a loving voice for all LGBTQ-identifying people." 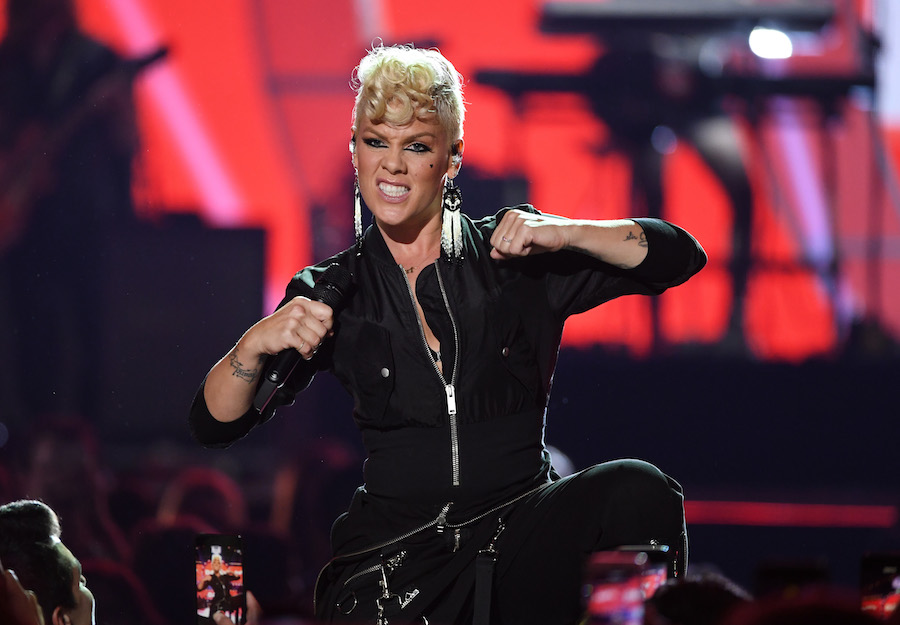 “I think that the best day will be when we no longer talk about being gay or straight ― it’s not a ‘gay wedding,’ it’s just a ‘wedding.’ It’s not a ‘gay marriage,’ it’s just ‘a marriage," the singer, who has often been vocal about her support for the LGBTQ+ community, said in a 2012 interview. 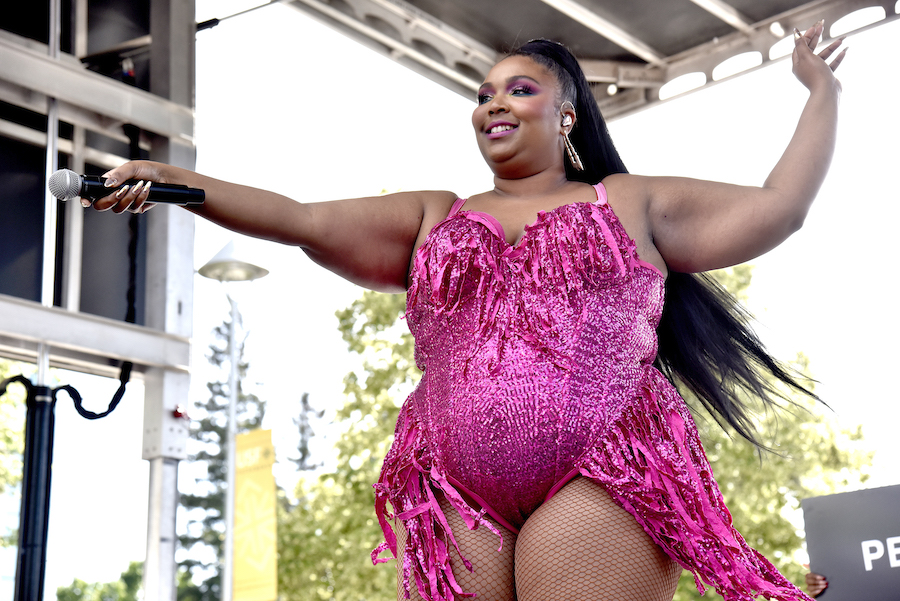 “It’s called Pride, not hide. Everybody, more than ever, is wearing their hearts on their sleeves and wearing their messages on their backs. I think we all know what’s up. We all can feel it right now. It’s time to represent and it’s time to persist and keep going. There’s progress to be made and we’re moving forward,” the “Truth Hurts” singer told Variety. 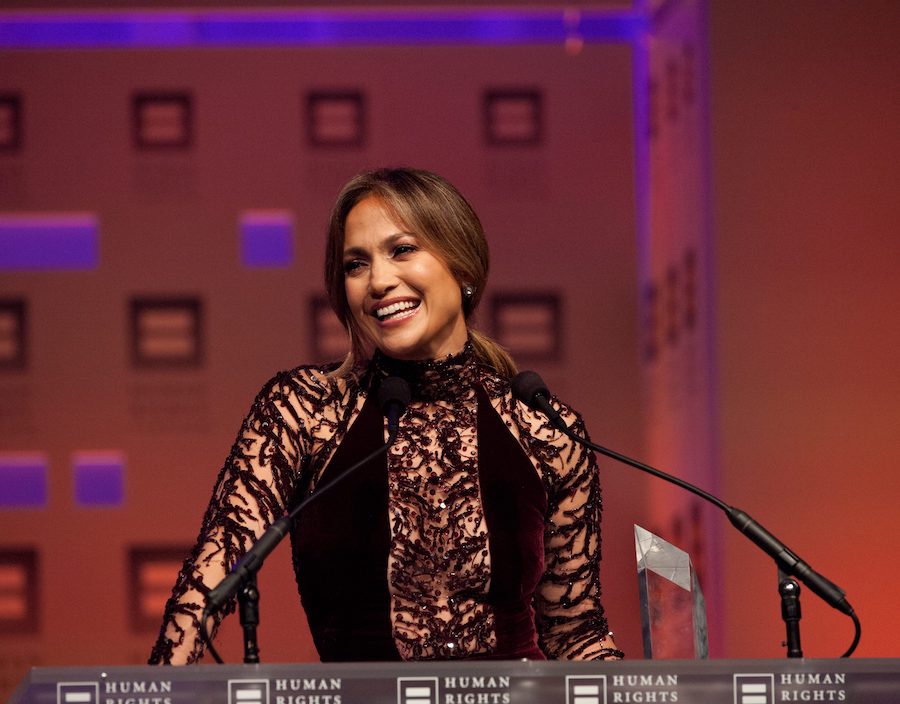 In 2017, Jennifer penned an open letter to the community through Billboard Magazine. She spoke of her aunt’s struggle with being gay and not having enough representation in the media. As the producer of The Fosters, a show featuring a biracial lesbian couple raising adopted and fostered children, J. Lo wanted to be a part of something that broke barriers in the media.“That is why I'm proud of The Fosters, a show celebrating its 100th episode. A show that holds a mirror to society and shines a light on what love looks like. It doesn’t matter your race or sexual orientation. Love is love,” she wrote. 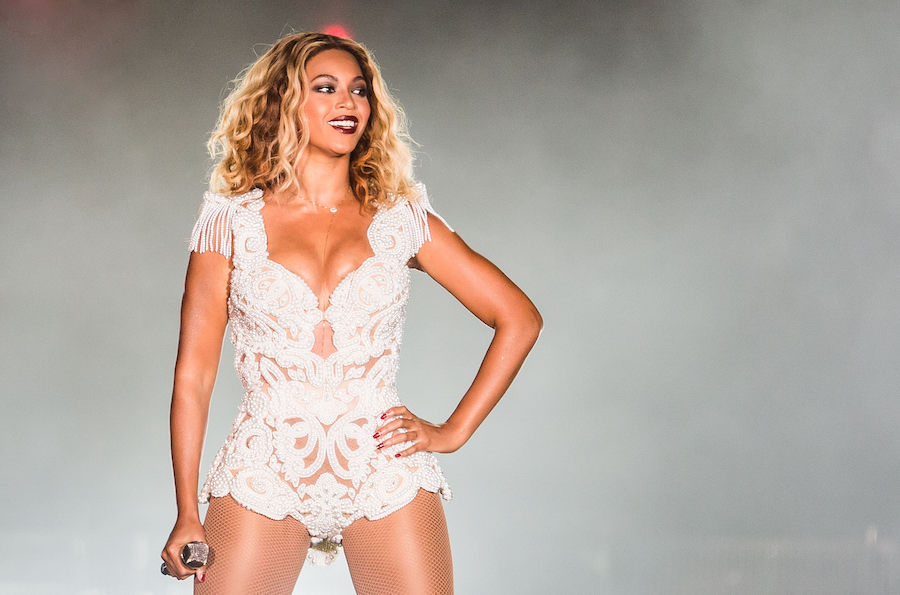 “The amount of confidence and fearlessness it takes to do what maybe is not what your parents expect you to do or what society may think is different -- to be brave and be different and to be yourself -- is just so beautiful,” the star, who was a recipient of GLAAD’s Vanguard Award in 2019, said of her fans in the LGBTQ+ community. 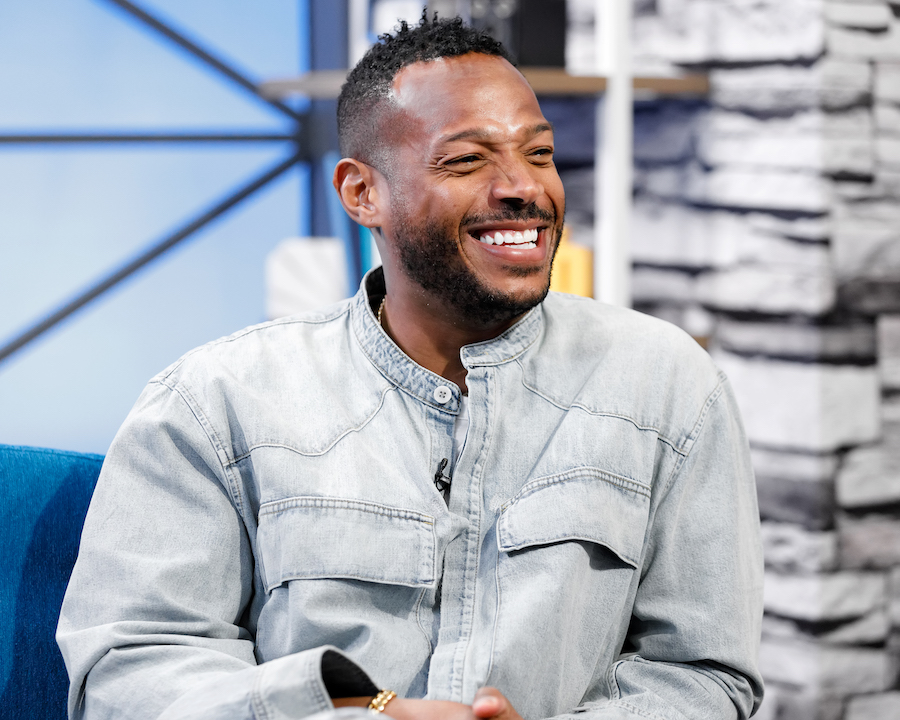 "Happy pride to my pride and joy," the actor wrote in a touching tribute to his daughter on social media. "I wouldn’t change one effing thing about you. Love you to the moon around the sun through the galaxies and back again." 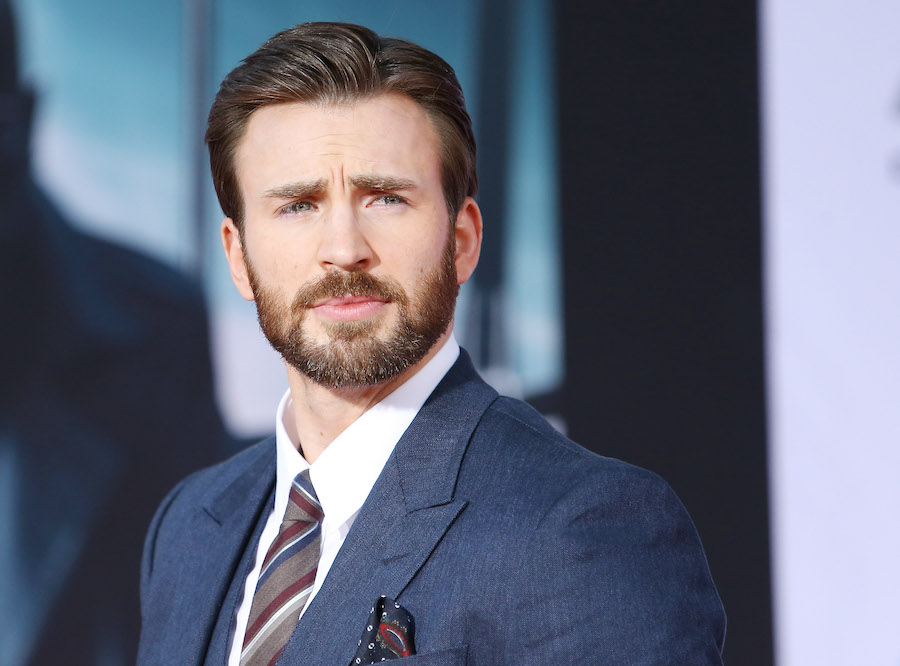 “Wow! Cool initiative, fellas!! Just a thought, instead of ‘Straight Pride’ parade, how about this: The ‘desperately trying to bury our own gay thoughts by being homophobic because no one taught us how to access our emotions as children’ parade? Whatta ya think? Too on the nose??” the Captain America star tweeted towards organizers of a Boston ‘Straight Pride’ parade. 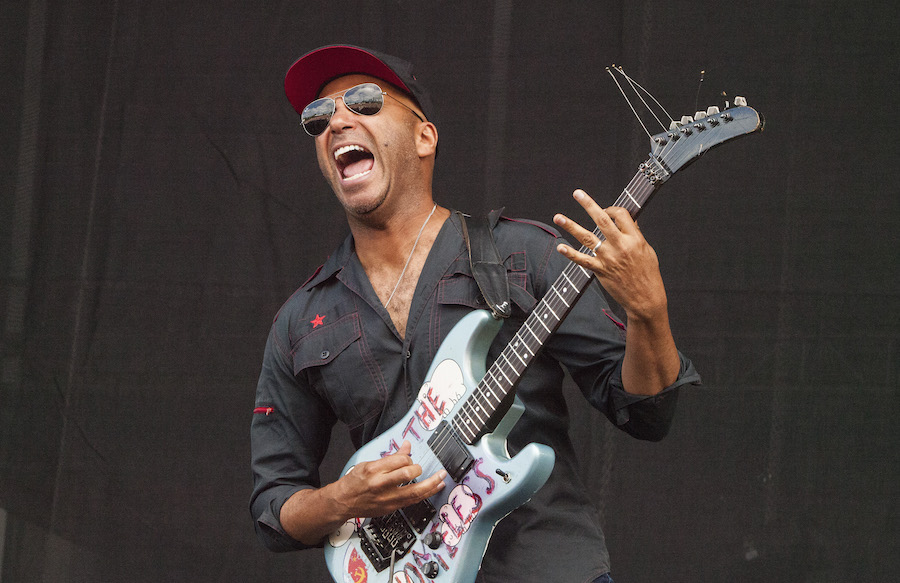 “Deadly violence against Transgender people is on the rise and especially for Trans women of color. In Jacksonville, four Black transgender women were killed in 2018. We need to do more to protect Transgender people in our country,” the Rage Against The Machine guitarist wrote in a message on Instagram. 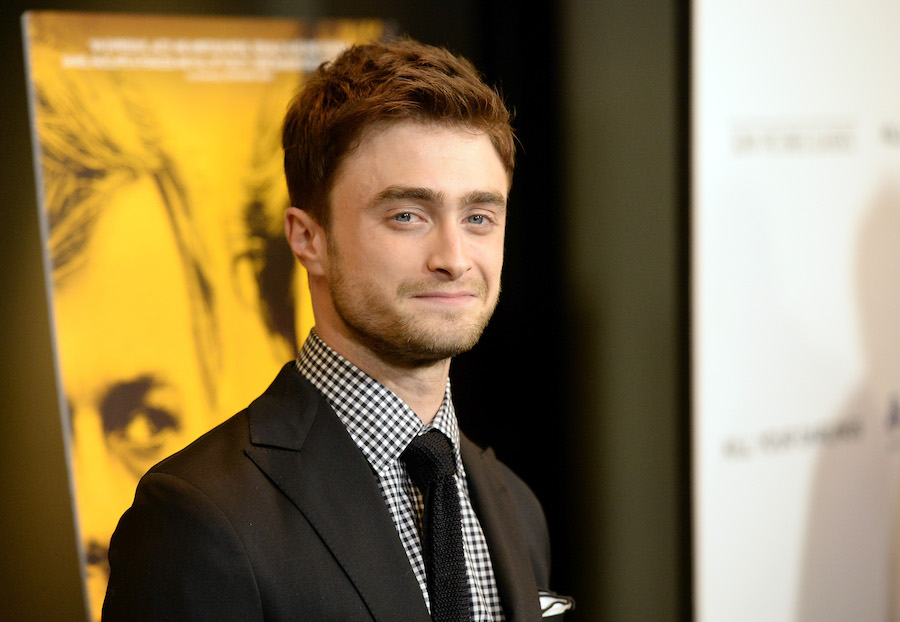 The Harry Potter actor responded to author J.K. Rowling’s harmful comments towards the transgender community in a blog post for The Trevor Project. "Transgender women are women," he wrote. "Any statement to the contrary erases the identity and dignity of transgender people and goes against all advice given by professional health care associations who have far more expertise on this subject matter than either Jo (Rowling) or I." 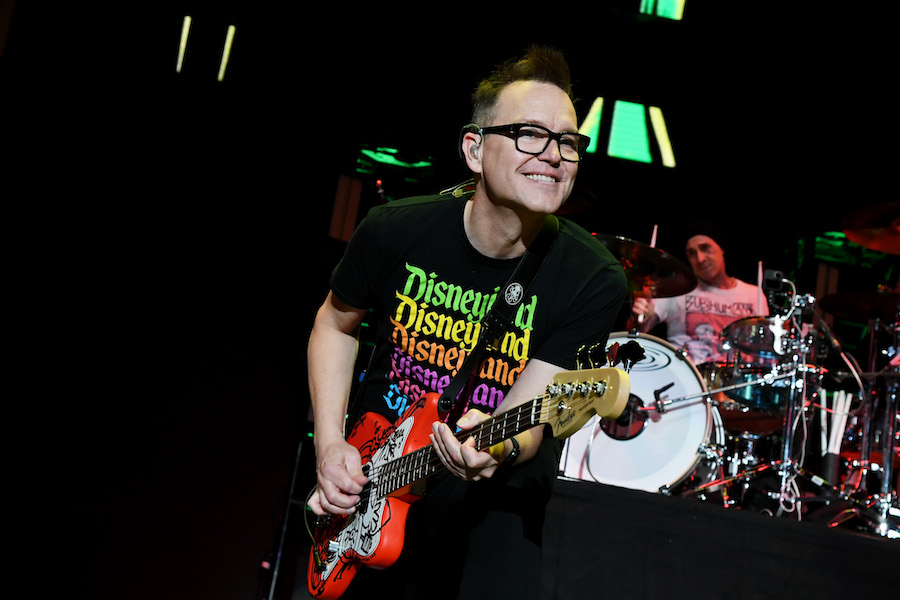 “To celebrate how utterly ridiculous a Straight Pride parade is, I’m going to auction off one of my basses, match the final bid dollar-for-dollar, and donate all the money to the @TrevorProject,” he tweeted last year. 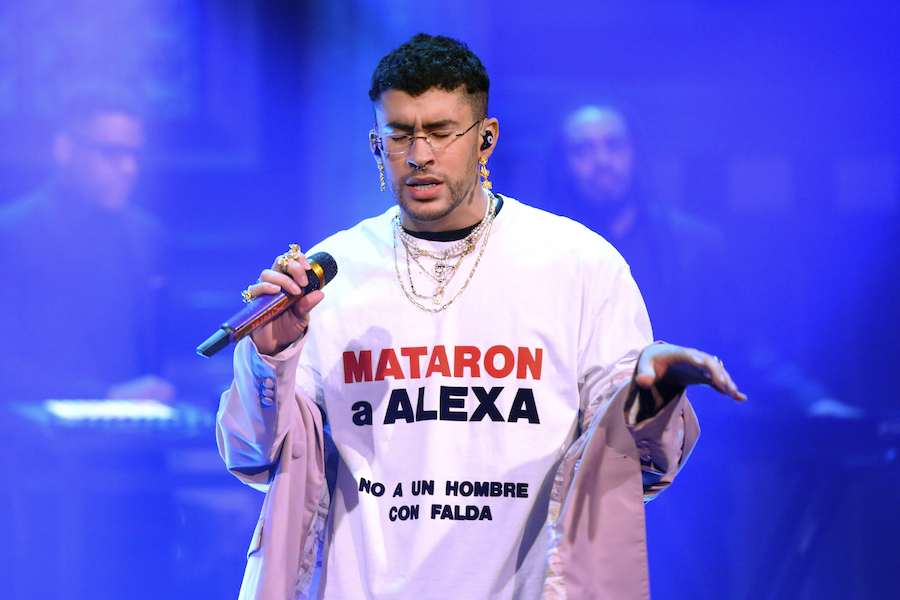 “If I were like other artists, I’d forget about what’s happening and not say anything. I think it’s my responsibility, as a person of influence … to sometimes try to do what I can. If I have the chance to say something, I will say it,” Bad Bunny stated in an interview with GQ. 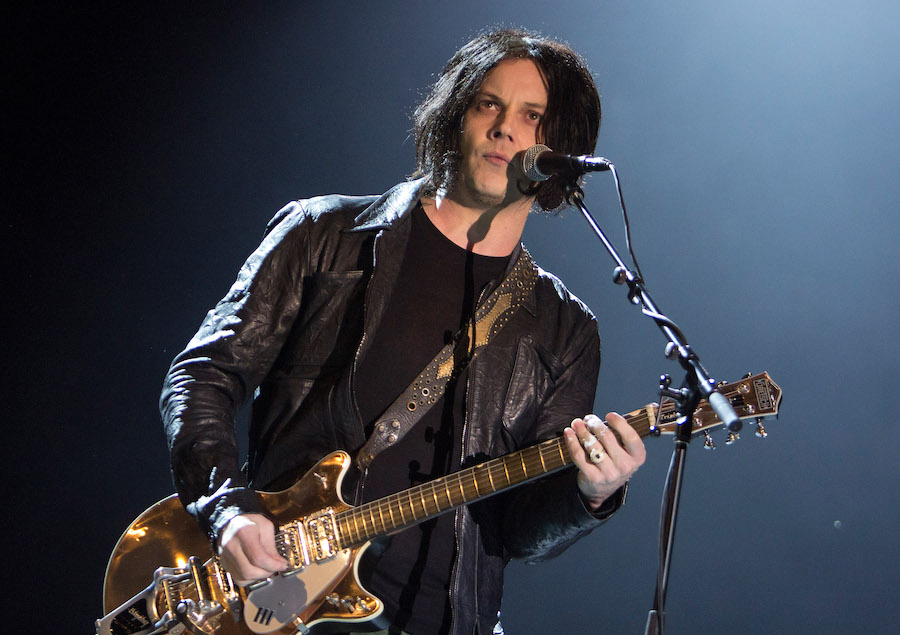 “The news that two women were stopped from kissing during my show in Edmonton really disappointed me. At the next show in Calgary I dedicated the song “love interruption” to the two women and encouraged everyone in the crowd to kiss their loved ones. Let’s promote love and acceptance wherever and whenever we can.” - Jack White III, the singer posted to social media. 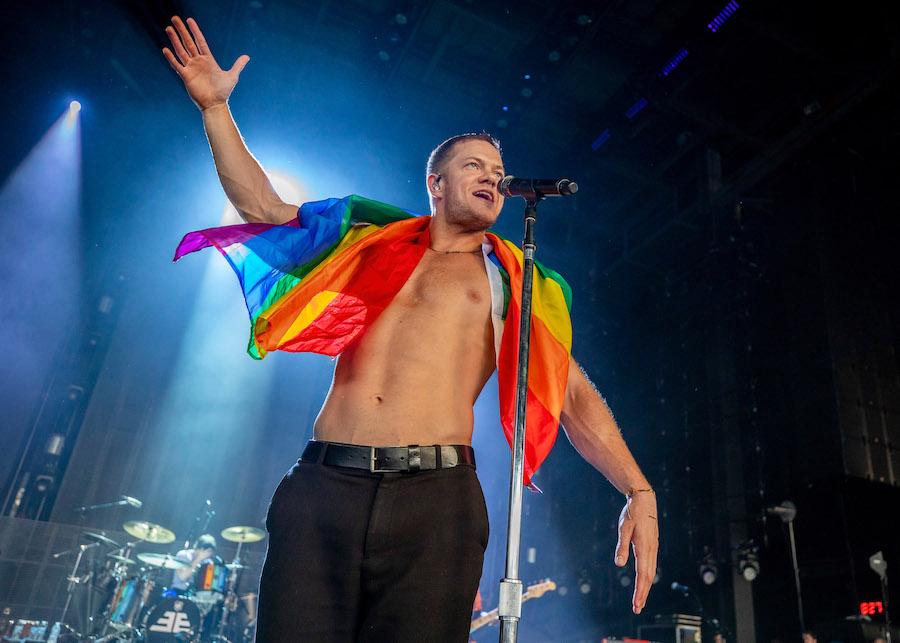 When Imagine Dragons frontman accepted Trevor Project’s Hero Award in 2017, he apologized to the LGBTQ+ community for his past on a Mormon missions trip where he taught people that being gay was a sin. “I wish I could re-knock all of those doors and tell them that I was wrong,” he said tearfully. It just goes to show that allyship doesn’t mean being perfect, it simply means taking responsibility for past actions and making yourself better. Dan debuted the LoveLoud Festival that year, dedicated to raising money and awareness for at-risk LGBTQ youth, 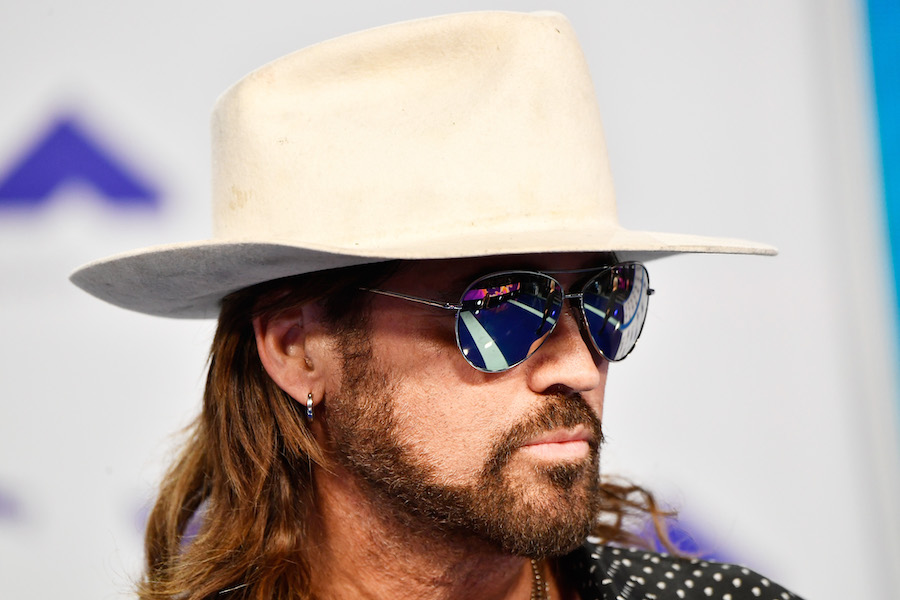 The country singer took to social media to speak out against anti-LGBTQ+ laws in 2016. “I would feel negligent to not speak up. In light of my good friend, Bryan Adams taking a stand and my daughter having been on the ground floor of this movement, this issue is very important to me. As a friend and dad… I’ve witnessed this fight from the very beginning. I think everyone should be treated equal. We’ve come too far; we can’t mess this up.” 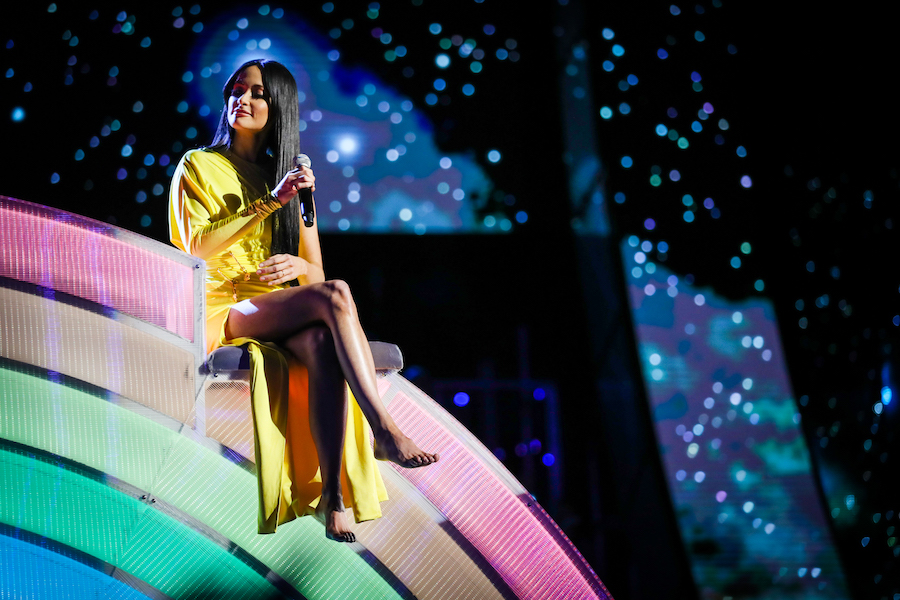 In an interview with Taste of Country, the “Rainbow” singer made it clear that the track was an anthem of hope for her queer fans. “I feel a kinship and a friendship with that community,” she said. “They really opened my eyes up to a lot of different things that I wasn't aware of growing up in a small town in Texas. I will always be an ally and a strong supporter.” 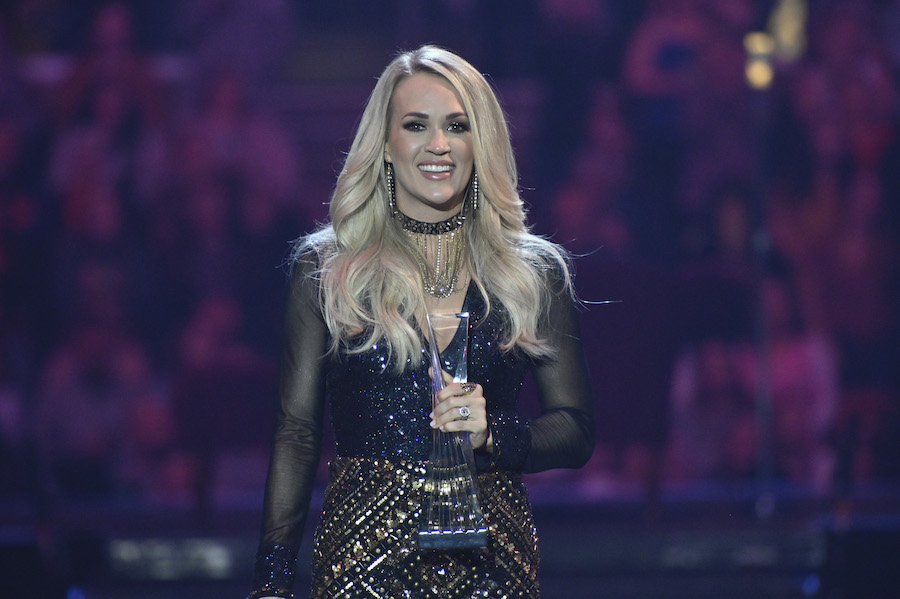 “As a married person myself, I don’t know what it’s like to be told I can’t marry somebody I love, and want to marry. I can’t imagine how that must feel. I definitely think we should all have the right to love, and love publicly, the people that we want to love,” the “Drinking Alone” singer told The Independent. 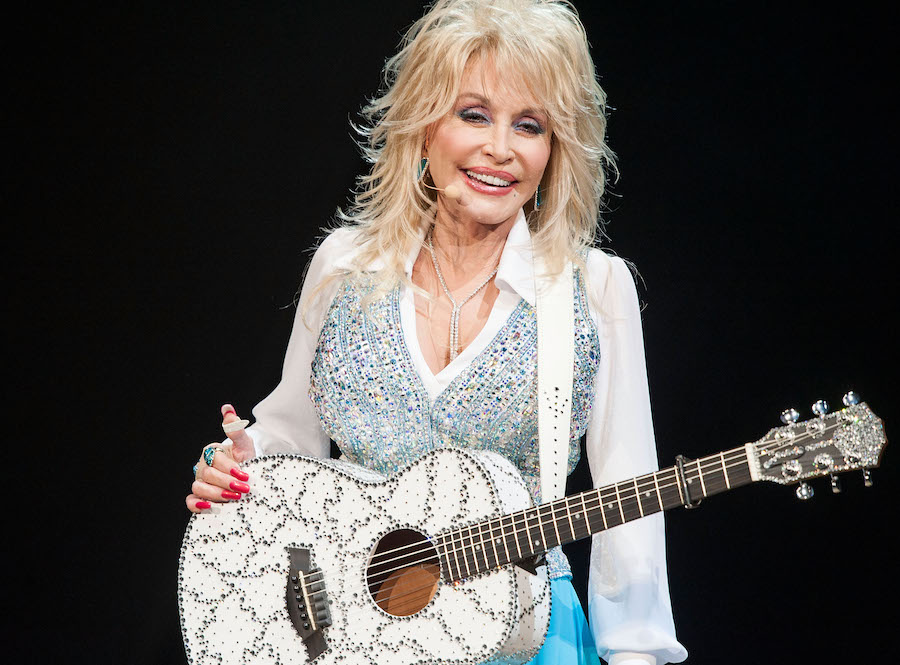 "Why can't they be as miserable as us heterosexuals in their marriages?" The country legend joked on News Breakfast, a program of the Australian Broadcasting Corporation. ”Hey, I think love is love and we have no control over that... I think people should be allowed to [marry]. I'm not God, you know. I believe in God, I think God is the judge. I don't judge or criticize and I don't think we're supposed to."